Notice: Function WP_Scripts::localize was called incorrectly. The $l10n parameter must be an array. To pass arbitrary data to scripts, use the wp_add_inline_script() function instead. Please see Debugging in WordPress for more information. (This message was added in version 5.7.0.) in /var/www/wp-includes/functions.php on line 5831
" "

THE MARKET FOR FINANCING OF SMALL BUSINESSES IS HUGE

According to the 2014 Annual Performance Report published by the Small Business Administration,

Approximately 51,500 small businesses receive funding in 2014 through SBA’s main lending programs. Venture capitalists invested $49.3 billion in 4,361 transaction involving 3,665 startups, according to the National Venture Capital Association Yearbook for 2015. However, even though companies funded by venture capitalists tend to have a better survival rates, the majority of startups fail within five years.

According to the Securities and Exchange Commission, in Release 33-9974, the average size of equity-based crowdfunding offerings was $175,000. Although there are no statistics available for 2015, it appears that  this amount could increase substantially in the future as a result of the  passage of Regulation CF.

A startup company could potentially use Regulation CF as its  IPO, to be followed up by subsequent offerings if the business is successful.

Stock Market Press
Stock Market Press is a financial news company that delivers up to date stock news, introduces private and public companies to a wide audience of investors, consumers, journalists and the general public via social media and a rapidly expanding network.
X 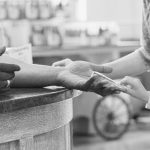